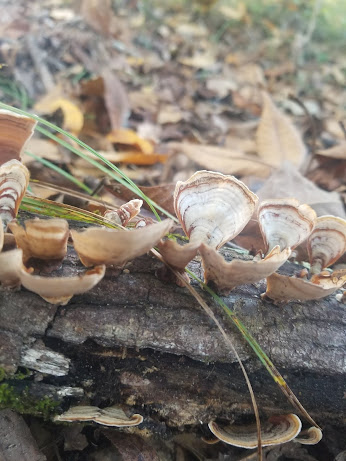 Last night Kevin and I actually met in person and managed to hammer out some details regarding potions, attachments, and armor mechanics. One of the perks with working at our current rate is the ability to spot deficiencies in the game versatility, create and/or modify the current material to cover the gaps, and fill in the missing in formation. Honestly, it’s the best part of the creation process.

As soon as we opened the new work I'd created, he began ripping it apart. "This doesn't make sense.", "Explain why this is relevant.", "What happens for fails?", "I think this is weak. Would you be willing to consider this. . .?", and a million other critiques. And I soaked it all in.

There comes a point in the creative process where the critiques are no longer personal. Rather, they become not only necessary, but desirable. The worse critique a creator should ever want to hear is, "It's good". As a creator, I usually want to hear 15 people tell me, "It's good" before I feel comfortable with the consensus. With this rendition of Tortured Earth, the goal is not perfection. I've come to the conclusion that's an unrealistic goal. The new standard is functionality. Once the manual is written to the point anyone can pick it up, read it, and understand what to do, it'll be ready for print.

During the first printing, Artice and I had to make judgement calls as to what should go in the book and what should wait for a later release. Certain spells, vehicles, flying creatures, dragons, and a whole host of other items were stored away for either a supplemental release or a later edition.

Flight, in particular, needed far more play testing than had been done at the time of print. The mechanic hadn't been properly thought out and was pulled for developmental purposes. Dragons were held for both flight mechanics and to distance ourselves from the primary fantasy games on the market at that time. Making matters worse, we needed to reduce the page count to make the book affordable.

As a means of refining the use of non-weapon skills, we've developed methods of integrating several non-weapon skills into the production and use of Attachments. For those reading this as an introduction to Tortured Earth, attachments are exactly what they sound like. There are components which may be added onto other items to enhance their use.

Suppose a character has a rifle. The rifle offers them certain damages when using it as a weapon. However by adding a scope to the gun, it can improve the weapons chance of striking an opponent. By adding a Rifle Upgrade, you can increase the distance the bullets travel. To allow for such abilities and modifications, we build the systems or rules by which a character may perform these tasks.

The trick is making sure your systems or rules don't interfere with existing mechanics. For the most part, the attachment process was fairly well defined from the onset. This rule set required more refinement than overhaul.

Potions, on the other hand, was a major revamp. The primary skill governing the creation of potions is Alchemy. The rule set worked perfectly as written - as long as there were no variations or descriptions attached to the potions. Tortured Earth is all about scalability. Alchemy, as written, didn't scale to the degree we desired. Half of the ability had to be gutted and re-drawn.

As soon as I presented my model, Kevin looked at me disgusted, "You know we'll have to gut Alchemy, right?" I knew. He'd taken my original work, tore it apart and recreated it with his vision in mind. It was being trashed and I knew it. However, he came onto the project knowing there were going to be changes as new elements emerged. Sometimes it would mean gutting the things we just created.

With model I'd created, the skill could now be built with something specific in mind. The new version of the skill is both scalable and variable. The model is simple enough to use as a template and, once it falls into the hands of our gamers, will allow for a wide range of homebrew applications.

Kevin presented his take on armor. I loved it. It was now my turn to watch what I'd created be tore apart. And it was o.k. Honestly. I know it sounds like a lot of doing and undoing, but that's the way it all works. When comparing my work to Kevin's ideas, his were truly better than what I'd originally envisioned. My version clung true to the original. Armor was very static and couldn't really scale the way I'd managed to make all other components scale. I'd worked hard to create this version of armor and it did work well with the weapons I'd created.

-and it all has to go. Although the armor I'd originally created worked within the system, there was a better way to do it. Now, armor links into the non-weapon skills (a must for our world setting) and integrates with other game elements as well. For instance, the mechanics are now in place so a character can not only craft their own armor but, based on the materials they use, can customize the bonuses available to that armor. A crafter can carve runes into the metal to grant additional bonuses and abilities. A caster can fuse spell-like abilities into their armor. A psychic can imbed psychic crystals to enhance how the armor operates. In short, there exists a modular nature to the system that wasn't there before.

Although it is a pain and time consuming, I find myself having to let go of the idea that "This is the way it must be". Don't get me wrong, Tortured Earth is my passion and is governed by my vision. This fact will remain true till it either becomes mainstream or crashes in a hot, flaming wreck. However, allowing others to view my creation and present their take on it does open doors I'd never seen before. It allows a better manifestation of the game I truly love.