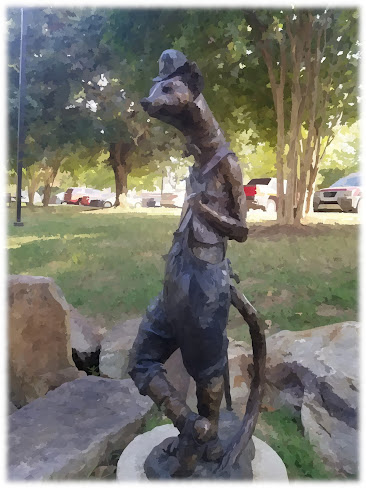 Due to the modular nature of Tortured Earth, systems are being built to allow players the opportunity to modify and customize weapons. Of course, the easiest way to achieve this is simply to request the GM build it and allow the characters to find it either through negotiation or adventure. Using the crafting mechanics, players do have the option to either create their own devices or modify existing items.

To maintain balance at the gaming table, the rules allowing such open-endedness must be in place from the onset. The section we are currently editing is actually a precursor to weapons and armaments. In it, we are insuring characters have the ability to modify and repair their equipment and create attachments. Unlike equipment, attachments are just that - attached. We've set the attachments as extensions of the item and lack their own IE (Life points for inanimate objects).

Rather, attachments occupy the IE of the item they are added to. Should that item receive damage, the IE the attachment is affixed to are lost first. Once the occupied IE reaches zero, the attachment is considered inoperable and must be repaired.

The process started with something so simple: spikes. How do we add spikes to a baseball bat? Well, obviously we nail metal objects into the bat and have a portion of the spike protruding out. Now, damage. What kind of damage should our spikes inflict. Technically, the impact of the bat still deals damage. That's Crushing damage. Now, the spikes won't add Piercing damage independently. Rather, they deal damage as a collective. So, the more units of spikes I put on my bat, the more Piercing damage they will deal. Units of spikes require 6 IE and a bat has 15 total IE. Our bat can hold 2 units of spikes. We allow each unit of spikes to deal +1 Piercing damage, giving the total upgrade a +2 Piercing damage with each successful strike.

Using this line of logic, we are slowly adapting and modifying each item in the system to reflect these modification opportunities. Items having greater IE values will be able to hold more attachments. Each attachments adds to the fragility of the item making a Critical Fail more likely. Each Critical Fail delivers IE damage to the item, making the attachment more likely to be rendered inoperable.

As a game creator, these neat little abilities must be constructed into the system and fall in harmony with all other components of system. Simply having the ability to stick things onto items and have them offer bonuses is well established. However, having rules governing all the unseen factors like "When do they break off?", "How are they repaired?", "What happens when they are partially damaged?", "How are attachments created?" to list a few is the job of the game creators.

Creating an open ended game may seem easy but the process of creating that freedom has parameters. As a game creator, I'm now see the trick isn't to have a rule for every situation. The trick is to have rules covering the big issues and guidelines to apply the core mechanic of the system to unforeseen situations. The GM shouldn't have to be burdened with coming up with movement mechanics for a new creature if they understand the movement mechanics of a character. The new creature, no matter how bizarre its means of locomotion, will move using an adapted form of character motion. It may be different, but the references required to model movement are established within the system.

The same is true of the operation of any feature within any game system. Once a GM understands how a mechanic operates for one aspect, it can be quickly adapted for new conditions. This again falls back on the work of the game creator. In writing the second edition, we've clarified several aspects of the system mechanics and shown how to apply it to the creation of new creatures, weapons, spells, and skills. As far as I know, there are not many system creators willing to open the doors to the creation process and say, "This is how we create a creature/weapon/spell/skill. Have at it!".

It's my hope that if I get our players to understand how the game was created, they can better understand how to make better stories and have better gaming sessions at their own game tables. Eventually, I hope the effort will attract writers to help build and expand the multiverse I have outlined.