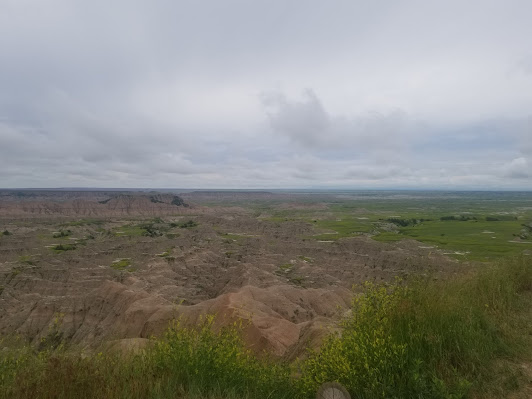 The hardest part of beginning an adventure is, well, the beginning. The first setting is always the hardest to peg down and it is the most important. The very first scene sets the tone of the story, begins the character introduction process, and often fixes the opinions and views which the characters will maintain for the first few sessions. It's the really important bit.

The standard opening scene is a tavern or bar. It is a classic opening and, honestly, is reliable. If there isn't a watering hole in the opening scene, it won't be long before the characters seek one out. It's a comfortable setting players can identify as a source of information, familiar faces, and discrete trade. If you're looking for a printable tavern generator, one is available on the website: Tortured Earth Generators. The generator is an Microsoft Excel creation, so you will need to download the free version to run it.

I like to begin adventures completely throwing players out of their comfort zone. Open at a funeral, as performers in a circus, in a boat or in a wagon fleeing a catastrophe, on a bus traveling together, or in a space ship about to crash. My preferred tactic is simply to blow that old comfort zone out of the water. Due to the multiverse nature of our cannon story setting, opening with a random even sets the story tension in the rafters. Depending on the group, I can keep the group off balance guessing what direction the story will really take for at least three or four sessions. For homebrew stories, this gives the GM to work out the final kinks as to the direction and mechanics of the story.

This section is devoted to creating points of contact between all major players in the story setting. Players should be introduced to all but the boss encounter ultimately found at the end of the adventure. To accomplish this end, a series of micro adventures are created to force interactions and earn skill points, one or two micro adventures can be completed in a single game session. These are usually simple missions (search and retrieve, scouting, scavenging, information gathering, basic trade, etc.). Although characters are earning skill points for their services, they are influencing the storyline by making choices.