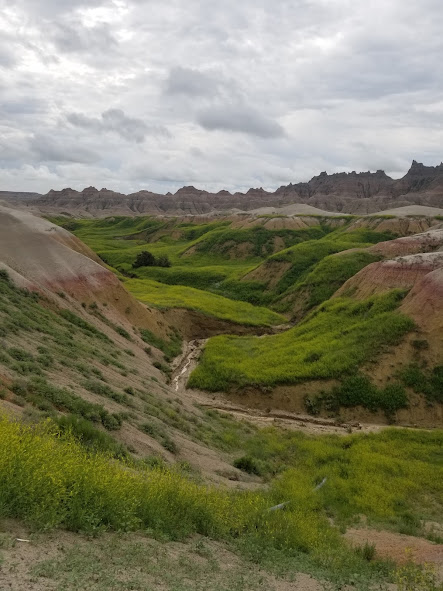 As indicated in the previous post, the Introductory Phase serves to lay out the pieces of a much larger puzzle. Characters are introduced to all components required to launch the story. The during this phase, specific roles and character profiles occur at face value. Nefarious schemes and criminal masterminds are not introduced during this story component.

The Storyboard phase takes the personalities introduced and broadens their interaction with the players. This is also the section which follows the standard story cycle taught in high school English classes: Introduction, Rising Action, Conflict, Resolution. Tortured Earth stories usually have 2 - 3 such adventures. Each adventure leads the characters to discover new components on a much larger story arch. Each adventure also is a contained story cycle - giving the players a sense of accomplishment at the end but also posing new questions as to the larger workings around them.

In Mountains of Mists and Mystery, a ranger is killed and the group is hired by a community to escort his young daughter to the safety of town. They are also asked to investigate the circumstances of her murder and return with any information gathered. If investigated, they group finds the murder scene. Successful Observation checks can reveal an necklace with an acrylic pendant and an IR chip embedded inside.

In a separate adventure, the characters may use this pendant as a key to enter a spaceship. Although these stories are separate missions and - on the surface - operate as independent stories, they are connected with one another. The players only see the larger scheme of the master story arch by maneuvering through the Story Board components.

A few things to keep in mind when constructing a Storyboard:

At the conclusion of each Storyboard, the players should find themselves holding a piece of information illustrating a much larger puzzle. Alone, each piece should be totally misleading. If pursued, they can sometimes find new pieces to the puzzle. More often, they simply find dead ends or redirections.
As seen in other posts, I love questions and comments. I am actively seeking other game developers with which I hope to communicate and collaborate or GMs looking for some basic advice.
Hope these articles are entertaining, if not insightful.
- K. B. Kidder