Creating a Campaign - Where to Begin 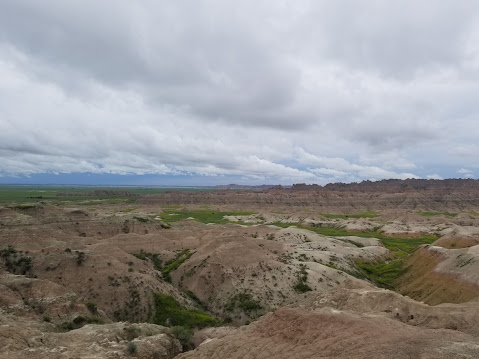 Creating a campaign can be a daunting task - mainly because the writer only sees the finished product with all the illustrations, maps, and cover art. In reality, it is not a difficult job. Don't get me wrong, it's a lot of work but it's a fun type of work.

There are all sort of books and tools and guides on the web on how to create various types of stories. I've read quite a few on writing novels hoping to adapt narrative strategies to the module creation process. I won't bore you with the summaries of all my examinations into the process. I will say this: The story cycle followed by novels and short stories is adaptable to the module writing process. However, the actual writing style is wildly different.

Unlike narrative, which focuses on dialogue and inner thought to direct the story, the module writer focuses on physical description and character interaction as a means of manipulating the character along a certain path. The ultimate goal of the module writer is to create an environment in which the items and events are detailed to the point two separate GMs can run the story, experience separate events sequenced differently, and still end up at the same closure.

The problem with module writing is creating interactive stories in which players are free to make their own choices and still end at the same closing point. Despite the seeming complexity of the story process, the writing of such adventures is quite easy, once you understand the method.

This blog is dedicated to the first step of the process: Setting.

The setting is important to the development of the story for three factors. First, in every human culture, the topographical features of the environment not only shape the immediate environment but also play a large role in the development of the culture established there. Second, environmental factors such as food supply, water sources, and shelter are direct components of the geography of the region. Finally, the features separating two communities play a large role in the relationship they can have with one another.

In some guides, writers advise creating the culture of the community first. I discourage this. Build your map first. Decide where mountain ranges, swamps, oceans, plains, rivers, and all the other geologic features you want to have on the campaign area are positioned. Based on the setting, place your cities. In pre-industrial settings, cities are largely found along water sources - lakes, rivers, and oceans. In industrial settings, cities can be found practically anywhere - with supporting or supplemented technologies.

Next, begin developing the cultural aspects of the society. Peaceful traders verses raiders, biased toward certain species while discriminating against others, technological adaptations for their setting, common technology throughout the region, etc. A brief history of the region would be helpful for established a basis for role play along with a precise history of the story start point.

During the setting phase of campaign creation, we also need to address the general overview and nature of the conflict. As the terrain features finalize, the nature and source of conflict will become evident. A good standard for section size should be no more than 4 pages, single line spacing, 10 pt Times New Roman. This section will increase dramatically once maps and imagery are layered in.

As mentioned before, I migrate through the convention circuit. A lot of module writers have amazing stories, but they tend to focus far too much on the narrative portions and leave little room for role play. Keep in mind, once your module leaves your hand, it is open to interpretation. It is always best to write for that flexibility.