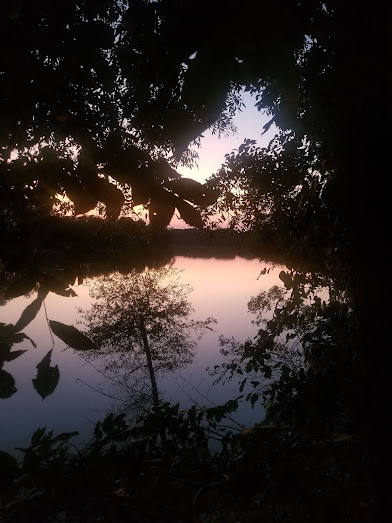 As mentioned, I'm on break from editing. For the moment, I'm working on creating elements within our system which enable various crafting skills - Alchemy, in particular. The idea is to create components which link various aspects of our non-weapon skills to functional and playable components. The interconnection between weapon, non-weapon, psychic, and magical skills - we are hoping - creates a dynamic roleplaying environment in which GMs do not have to make much improvisation or developing mechanics on the fly.

On the developer's side of the equation, there is a lot of pre-building and modeling put into the dynamic. We still want GMs and players to have the capability to homebrew personal elements into their game sessions. The trick is to create models which accurately demonstrate the intent of the construction without dictating how it is to be limited.

The first construction was to create a method by which healing potions can be constructed through crafting. To prevent the construction from being too overpowered, constraints are placed on the materials used to construct the draft. To do this, I began by asking what should the most powerful version of this ability be? The ideal draft would not only provide a massive amount of LP restoration immediately, but would continue to provide boosts to LP for a time after consumption. So, the maximum LP a Superior Healing potion will restore is 3d4 LP instantly AND have a countdown Heal status effect which continues to provide LP for 3 turns after the draft is consumed. This means the first turn after consumption will restore 3d6, the next turn will restore 2d6, and the third turn will restore 1d6. To construct such a potion requires 1 unit of Unrefined Base Herbs, 2 units of Unrefined Uncommon Herbs, and 2 units of Unrefined Rare herbs. Rare herbs are not available for sale or trade on most open markets and serve as story hooks and/or adventure goals to be completed by the player. In addition, the herbs must be of a Positive nature.

Once this the high end of the scale is completed, it becomes of simple matter of stepping down from that standard and creating potion combinations of lesser magnitude. With each step down, the amount of healing increases, the Heal status effect decreases from a countdown to an instant, and the life points instantly restored decreases. The simplest of all concoctions capable of restoring health becomes the poultice, which restores a 1d4 and requires 2 hours to take effect.

With the initial model established, it paves the way for other potions and the mechanic to scale their potency and their frequency within the game setting. GMs are empowered to provide components as rewards and players have specific story driven goals in which non-combative actions play an essential role.

When creating the various elements of a game, constant attention must be given to not only how the individual component operates but also how it integrates into the overall game play. Having elements out of sync or not compatible with others can create conflict or inconsistencies which cloud expectations, confuse game play, and detract from the overall story being played. As creators, it's our job to make sure mechanics are clear and minimize disputes at the game table. Should a mechanic create conflict, it should be reviewed and revised.

In a role playing game, it is difficult to foresee all possible choices and build rules to suit those specific conditions. We can create guidelines to govern how certain problems or situations could be handled. Once the mechanic is established, like in potions, the remainder of the writing is simply filling in the components to suit the various effects we'd like to see potions accomplish. With our pallet of potions (or any ability for that matter) created, GMs wishing to homebrew their own potion blueprints can use the existing potions as a model and create their own versions.

As a game developer, it is our role to create the mechanics, populate their variations, and test to make sure those elements fall in line with all other mechanics within the system. Once in print, the public experimenting with the components will begin creating their own elements and push the limits of the mechanics you've put into place.

A big part of why game systems are periodically revamped is the evolution of components initially set into motion require modification of existing mechanics to re-tune or correct the inconsistencies developed through real-world game play.