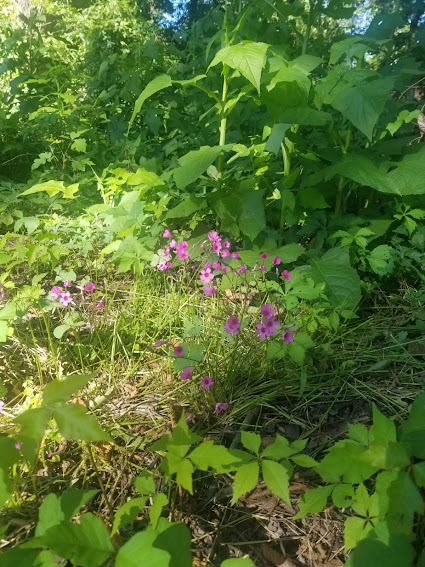 As a designer of my own system, it's easy to lose sight of the fact other systems exist. I'm not talking about the established games systems having 40+ years on the market. I'm talking about new games floating just beneath the surface of the market. Those systems, like my own, struggling to hit that 'mainstream' designation.

The reason I even started designing my own system was quite by accident. Artice and I were sitting at a camp trying a few new beers I'd picked up at our local wine shop - Marcello's in Lafayette, LA for those interested. As so many of our conversations, we'd drifted toward gaming.

The conversation started simple enough - what we didn't like about D&D 4.0. We compared it to other systems and previous versions. We launched into a lot of "if I were to make it" or "if they changed this" kind of talk. At one point, Artice turned to me and said, "You know what we're doing, right? We're making a game."

At the time I worked offshore. At night I wrote the first 90 page version of Tortured Earth using D&D 3.5 as a model. Top of the list, we knew we wanted a class-less, level-less game. Next we didn't want genre to be a limiting factor in our story design. Turns out when you take class and levels out of D&D, it kind of falls apart.

The alpha version crashed and burned.

With a total failure, we started from square 1: How do you conduct combat? Armor class wasn't an essential factor in the stories we wanted to create. In fact, it could be a hinderance. We opted to use armor as a damage reduction component. Those first mechanics testing were some of the most entertaining game sessions I'd ever played. I'd constructed a simple combat arena segment with four or five creatures. We fought those same creatures and characters far into the night.

During this process, we not only gained a feel for the combat mechanic we were looking for, but also the creature design process. An immediate concern we had to resolve was the ability to scale creatures to meet the combat capabilities of the players. Our first system used a roll off method, but relied on two attributes. A sword used PM + PA vs PA + PE. The next time I went offshore, I managed to rewrite the original document plus more content. The second rendition sat somewhere around 120 + pages.

And it also crashed and burned.

Turns out it was too math heavy and once the players crossed a certain threshold of development, the rolls were superficial - another huge problem we had with our model system. This testing and rewriting process lasted nearly two years before we settled on an actual mechanical system we both liked. In this time, we tried d6, percentage, custom dice, dice-less, and GM-less formats. The testing process during those first two years could be trying and did wear on our friendship at times. Fortunately, we both had a goal and strove the complete it.

Both Artice and I read the Gary Gygax biographies, talked to other game designers, and even interviewed a couple of business owners along the way. One of the things people don't realize are the tensions that can build when working on extended projects with lofty goals. Not only are game mechanics tested, but friendships and relationships. It is a continual strain on all parties involved and is the main reason I suggested in an earlier blog to include clauses for readmittance for members.

Sometimes a break is needed.

So the question must be asked: Why do it? Answer: Because I have something to contribute. No other reason.

If you and/or your group want to create a game, do it. Don't do it because you think you'll topple D&D, Wizards, Pathfinder, or any other company. Do it because you love it. Create, design, test, write. As someone who's actually published, I can say, it's an amazing thing to see the project you've worked so hard for come to light.

Since the publication of the first edition, Artice has since moved to other projects. I continue with Tortured Earth because I love it. I've managed to pick up a couple of fans and new friends along the way who are willing to help out with the project. It is the system I want to create stories for, market, design creatures, and all the other million little components needing my constant attention.

If you enter this project with the intention of making a ton of money, you've already missed the boat. If you're a single creator, the demands to get the project up and running requires a team. If you have a team, the demands placed on each member are such that they will demand 100% effort, 100% of the time. Anyone not putting forth their part will drag the whole project to the bottom.

The act of creating anything should always be one of passion and devotion. As members falter, try to to be understanding and encouraging. Trust me, it's a continual trial of patience but necessary to maintain the structure and integrity of the workgroup.

Finally, take pride in the work you've accomplished. Even if it's a smoldering pile of poop, take pride in the accomplishment. No matter how bad something is, there is a lot to be learned from it. I am currently a high school teacher, worked offshore, designed a game, learned graphic design, editing, and a whole host of other skills required to keep this project floating. Not only do I love the work I accomplished, I love the things the project has brought out in me.