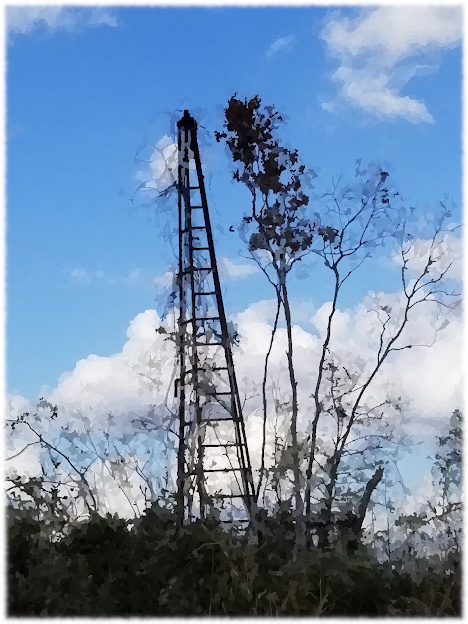 Last night I worked on the revisions of attachments - making sure the mechanics of both using and creating the items fit within the parameters of our gaming system. Although the concept may seem rather dry, the work is actually quite entertaining. It gives me a chance to review the overall mechanics of item creation and gives validity to the point investment of our crafting skills in general.

In the years leading to the creating of Tortured Earth, many of the game systems we played treated non-combative skills more as an afterthought than an actual game mechanic. The mechanic usually fell into one of two categories: 1. At certain levels, you could add a skill giving you a static bonus. As long as the check fell within the general parameters of the skill name, you could use that bonus. 2. As the skill increased in potency (through either skill investment or level advancement), the skill increased in potency in all applications of the skill.

In the first scenario, the skill use operated with far too broad an application. My sons were famous for picking up General Crafting and using it to build anything from simple traps to advanced catapults. Worse than crafting was their application of General Knowledge. Based on the general description in the Player's Handbook, they could access knowledge on a whole host of topics. Although the point investment in either skill gave them a static +1 and wasn't overpowered, its use was far too broad.

When systems use a linear advancement for skill abilities, they create the opportunity to power stack. Within our own v1.0, there existed a linear progression within the non-combative skills. The view was "If they invest that many points, they should have a +10 to the roll." By default, we accidently created a system in which a player could point dump and become unbeatable in certain aspects.

The mistake forced a reconsideration of the application of non-combative skills. The concept boils down to "Everything within a ruleset has the potential to overbalance a system". Even non-combative abilities can become the undoing of a game system.

A player has point dumped into a Conversation based skill. In Tortured Earth, we have Negotiation as an investable skill. Without attribute modifiers in place, based on our original design, a character could have a +10 at maximum rank to the ability. If a player wanted to negotiate a golden idol down to a silver piece, the roll is in the favor of the player. The +10 guarantees a 50% success rate to practically any target score the GM sets. Any bonus granted to the player due to attribute modifiers or circumstantial modifiers (spells, potions, etc.) can quickly overpower the rolls and force the system to become unbalanced.

To become a usable component within the system, a skill must offer the player reasons to invest. Otherwise, the system will have components which are undesirable to players and simply occupying valuable space in the game guide.

What we've done is create a staggered approach to non-combative advancement. Rather than receive a static +1 per Rank in a skill, the character receives a +1 to certain abilities at various ranks and other bonuses at other ranks. The bonuses will not exceed +3, but the variety of checks a character may perform for their point investment will increase dramatically. The hope is by adding variety and application to the skill point investment trees, the player will not only find the skill useful but also adaptable to the shifting genre available to GMs.

For game designers creating items for their system, this represents both the most frustrating element of game design and the most rewarding. Creating items is actually quite easy. Creating the systems to create the items is a whole other beast. The most difficult part of creating attachments is not coming up with the items to attach. It's developing the method by which the items will be created. Making sure each valuable piece of information is in place, aligned with existing items and systems, follows the same pattern as all other items in the system, etc. are just a few of the many checks and balances the creator has to make sure are in place. Keeping up with all the madness is the most frustrating thing in the world. One slip up and the whole thing can come crashing down or trigger a re-write.

Many times, finding a missing component has caused either a massive editing session or a complete rewrite. Now that a large portion of the document has been edited, these major alterations are becoming fewer and fewer. Most of the changes are tweaks and updates with little or no ramifications on the system as a whole.