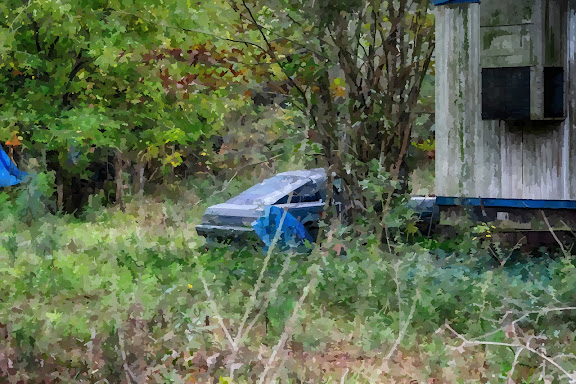 Despite the madness of yesterday's issues, today worked out a little better. After I pecked out my post using my phone, I managed to work on some of the editing in the magic section. Actually got a good bit accomplished.

As a means of balancing certain abilities, their status effects have been locked into one of three categories: instant, countdown, and duration.

Abilities operating over a short, fixed time frame usually have damaging abilities labeled 'Duration'. Their damage or effect remains fixed at an unchanging level and vanish once the spell effect disperses. Suppose a character casts a Sappy Spray at Rank 4 and delivers Hinder to the target of that spell. Hinder will occur at Rank 4 for the fixed 3 rounds of that spell's duration. The effects of Hinder will not vanish unless the character manages to break free of the spell's effect.

With certain skills, the effect occurs as a single blast of damage and are referred to as Instant effects. The classic Fireball spell has a variant delivering Immolate to those within the affected area. When Fireball activates, Immolate activates as a single blast, delivers its effect, and is removed from the field. Suppose a character casts a Fireball at Rank 4 and delivers Immolate to the target of that spell. Immolate will occur at Rank 4, deliver its damage as described by the character's ranking, and vanish from the field.

Countdown effects are by far the worst of the lot if allowed to go unattended. Once activated, a Countdown effect delivers its damage at highest rank first. Then, at the beginning of the character's next turn, reduces by one and delivers damage a the next highest rank. This continues until the counter reaches zero. The only saving grace to having a countdown effect on a character is the first activation does not begin until the start of the affected character's turn. This means, if they have a team willing to help them, they have an opportunity to reduce or remove the effect. Another variant of Fireball has a Burn effect. Once this attack is successful and damage delivered, the Burn status effect does not begin until the start of the individual-having-Burn's turn. At the beginning of their turn, and before the activation of their CP, Burn delivers its damage. In the above example, if Fireball is at Rank 4, Burn 4 will activate Burn 4 the first turn, Burn 3 the second turn, and so on.

If you've noticed, I haven't said how much damage the status effects do. This is largely due to the investment pattern the player opts to follow. If they select a Generalist path, the player has the freedom of choosing from any of the possible status effects associated with that skill. However, the activation of that status effect occurs at only 1 point of damage. Alternate paths include the Specialist path for a particular skill.

The specialist path allows a character to place points in a specific status effect associate with that skill. By committing to a specific variant (or status effect) the player can not only improve their damage potential (Status effect damage caps out at 1d4 per Rank) but also gain perks as their investment in the skill increases.

Elitist's can gain several perks to their abilities by picking a fixed status effect and a fixed critical success effect. For the commitment their damage potential caps off at 1d6 per Rank.

Tonight we made significant headway into the Magic chapter. We managed to complete Animal magic and will begin Plant magic tomorrow evening. As mentioned in my last blog, we sometimes have to rescale our goals to something a little more achievable. Although the chapter has not been  completed, I'm happy with the work we accomplished.

If we continue working at this rate, we should realistically complete the chapter by Thursday and be read to move on into Psychic skills.