The Curse of Promoting 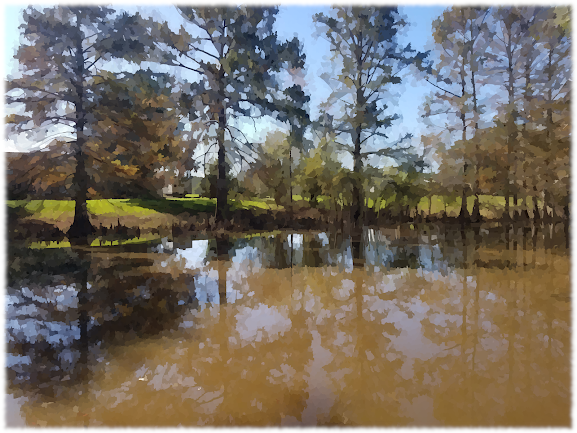 Before I even begin this blog, I would like to open with, "I am old". So old, in fact, that I remember days before social media when you went out into the public and talked to people. Coaxed them into trying new things, sold them on the benefits of a new product, and even ran a demo or two to show off the highlights.

Of course, the alternate to the dog-and-pony show would be the constant bombardment of advertisements in every available location. This is not the path I want to follow. For one thing, it is costly. Printing fliers, placement of ads, billboard space is all extremely cost ineffective for games and work best in a localized region. We are not going for a localized region. The other factor to billboards and posters is the expense of developing one. Sure, you could throw something together that looks half-decent. To make a good impression, you really need to hire a graphic designer - and Wowzers! That is costly!

Online advertising is the alternative to the billboard approach. Again, unless you have a well-developed banner add, poor design can cause more harm than good. In addition, there needs to be an existing presence for such adds to work effectively. You need things like Instagram, Twitter, Facebook, and Reddit to develop that presence.

Obviously, this is the stage to which we have returned. With the first printing, we worked at developing that presence. We built a base of followers and created interest using the mentioned social media. Unfortunately, that kind of presence requires constant tending. In a way, it becomes like a garden. You are continually tending it, fostering positive or constructive comments while pulling negative or destructive ones. We take from it the fruits of creative discussion and toss out ideas that are no longer compatible with what we have established. In short, it is a whole lot of work. In fact, it is so much work, it often overcomes the creation process and slows the entire system to a grinding halt.

As I am sure you have picked up by now, independent game developers need help with process. With financial resources more than likely stretched, that help is hard to come by. So, as a byproduct, promotional activities often come in spurts. We write and create. Pause. Write and promote. From an outsider's perspective, the process is inconsistent and halfhearted. From the creator's perspective, it's never ending - a continual stream of information flows from you at all times in one form or another.

I do not know how many people read these blogs or even take anything away from it. What I do know is that since I have started writing them, my ability to create has improved. For me, the act of writing is creating a sense of ease with my ability to express myself in a written format. During the dreaded editing process (yes, I still hate editing), I find it far easier to explain what I intended to say. The ineffectiveness and spottiness of my rationalizations are becoming less of holes in logic and more of bumps. The editing process is less of a rewrite and more of a refinement.

While in college, I took a Creative Writing class. The guy teaching the narrative portion of the class was a complete jerk. However, one thing he said which stuck with me over the years was, "If you want to write, then write. The moment you put a pen to paper, you are a writer. To become an author, you need to keep the pen on the paper." Like I said, he was a jerk. He also alluded to what I am about to tell you: Writing is a skill. Like typing or sewing or any other craft, the more you do it, the better you will become at it. No one starts off writing novels on the first go. No one normal anyway. A writer must work at it.

The trick is this: make it part of a routine.

The promoting of your product needs to become part of that routine. To understand what you are creating, write about it. Write about the greatness of it, write about its shortcomings, write about how you hate editing (my favorite), write, and write and write. Throw your griping and moaning and exaltations and joys to the world. Let them see all of it.

If you are anything like me, getting it out of you. Discussing it with that inner voice and fixing it in your own mind will help you see it from a new perspective. Having others read and comment and ignore it helps a lot as well.