What makes an apocalyptic story? part 2 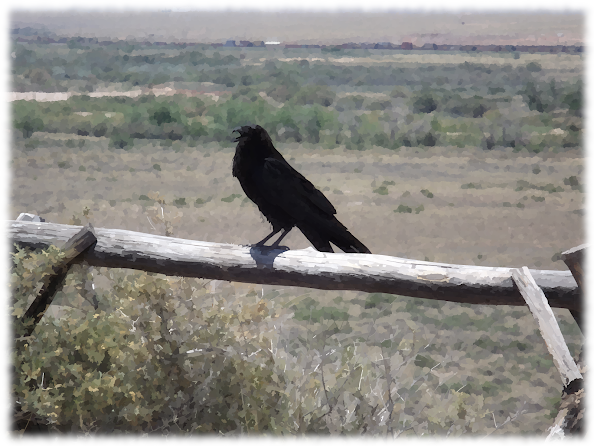 As a writer, what draws me to the apocalyptic storylines is the wealth of storyboard material. Stories hinge on points of conflict. Apocalyptic scenarios abound with conflict. What makes an apocalypse so disruptive is the sudden deviation from the normal to a volatile nature.

I live in a rural setting. During hurricane season, we can realistically expect at least a week without power at some point. Even indirect hits from hurricanes can cause major disruptions to fuel, food, and power supplies. Most people in this region prepare for the season months in advance - stockpiling food, basic house supplies, and fuel. I see similar community behaviors in rural areas regarding winter seasons in my travels through the American mid and north-west.

An apocalyptic storyline takes this mentality and extends it over months and years. Depending on which time frame the writer is focusing on, the struggle will either be one of struggling to reconcile the previous norm's loss and attempts to establish the new norm or the new norm and its comparisons to the previous norm.

An interesting aspect to explore in apocalyptic fiction is exploring both the good and bad in people. During storms, you always have that group of people who will hoard all of one item, then turn around and attempt to sell it three times the price they paid for it. You will also have families pulling together with neighbors. Looters. People who want to flee their homes for greener pastures and those who turn militaristic want to protect it. All these various expressions of humanity can be magnified in a story setting to create diverse character development points. Greed versus selfless acts makes for amazing story points.

Another point of interest often explored in apocalyptic fiction is the very nature of social order. The ultimate question, "Who are leaders and who are followers?" is always asked. What causes a leader to rise to the top in these circumstances? What codes of conduct will the society follow? How do society and the leadership relate to one another? What systems keep the society operational?

Despite what certain leaders wish to portray, the general population is not ignorant of power's woes. Nor are they sheep needing to be herded. Throughout history, governments and leaders met their downfall when they made this assumption. A population has its own interests, which must be met by the hopeful leadership. When these interests are either ignored or fail to be addressed, there is usually social unrest. Having stories set during this time makes for both interesting explorations in the back histories of the region and roleplaying through that society's solutions.

When construction stories, certain themes are frequently played upon:

Cruel, oppressive leadership. The current leadership of the community or establishment is either cruel, oppressive, or both. Although they represent power in the region, they frequently treat their subjects as brutally as their enemies.

Environmental limitations. Food, water, housing, and/or safety are in short supply. Either relocation is being proposed for the first time, or leadership refuses to consider the option.

Rediscovery. Some former technology has been discovered and is being sought after by rivals. The technology can either bring the world closer to its former glory or alleviate some environmental limitations. Another play on Rediscovery realizes the story setting is not what it was originally portrayed as, but rather actually taking place in another era's ruins.

Each theme may carry both a strong message and provide satisfying gameplay. Story writers are best to focus on one theme, develop it and explore its options and bring their story to its conclusion. Game developers have the freedom to explore multiple themes in the form of adventures or story arcs. These explorations may manifest themselves as adventures, protagonist-antagonist interactions, or simply character decisions during the course of roleplay.

Regardless of your writing style - narrative or game design - it is never wise to mix multiple themes in a single session. Novel and story writers understand this sensory overload when adding too many elements to a single story. To enjoy a story, the elements are best presented independently of one another. Game writers do have greater latitude when playing with apocalyptic themes. However, a single adventure arc should not attempt to address too many concepts. It is best to break these concepts apart into separate related adventures and allow them to integrate the storylines independently.